Hi! You seem to be new here.
Tell us a few more things to get you started.

OR
Login with OTP
VerifyEmail
Welcome back,
You previously usedto login
Continue with Facebook

Did not receive the link?Resend Link

Java programming language is one of the most popular and widely used by programmers and software developers all over the world. Developers are still using Java to create applications on computers. Learning Java is a top priority for any developer who wants a comprehensive skill-set. The new programming language such as Python, Groovy, and Scala are also much popular among coders, programmers and developers now. Despite that Java has defied the odds to keep its importance in the geeky world. Somewhere, in your career as a developer, you’re bound to come across it. 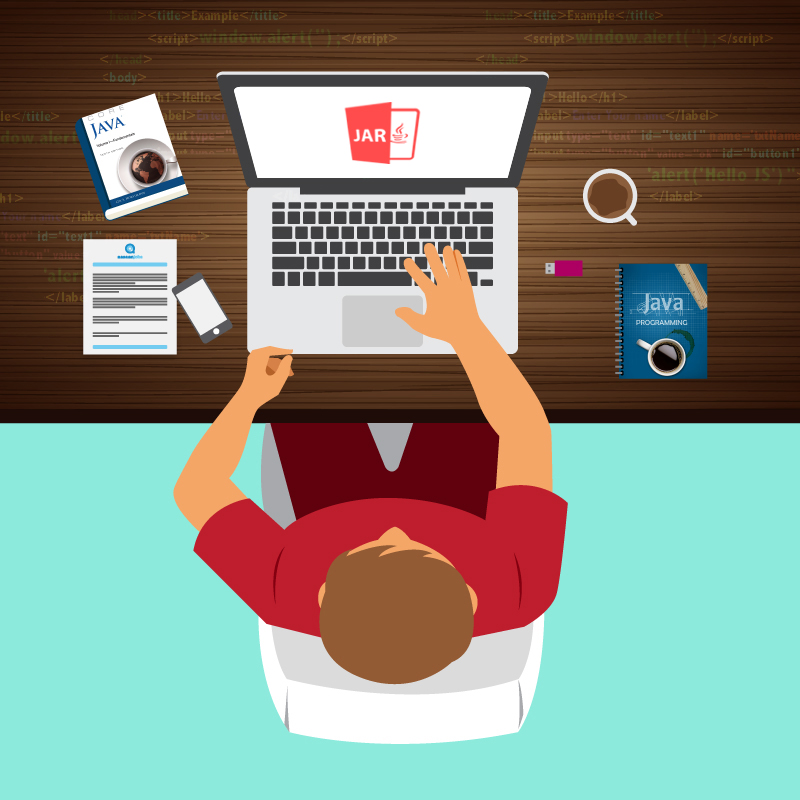 What is Java Programming?
Java is a general-purpose computer programming language that is concurrent, class-based, and object-oriented. It is designed in a way to let application developers "write once, run anywhere" (WORA), meaning that compiled Java code can run on all platforms that support Java without the need for recompilation.

Java is a high-level programming language and it runs on a variety of platforms such as Windows, MacOS, and other versions of UNIX. The advancement of Java and it’s increasing popularity pushed it’s developers to built new versions to suit various types of platforms. J2EE was specifically built for Enterprise Applications and J2ME for Mobile Applications. Moreover, the new J2 versions were renamed as Java SE, Java EE, and Java ME respectively.

How To Start Learning?

Institutes
There are many institutes where you can learn Java to boost your career in IT/Software Development field.

Online
Java is a set of computer software and specifications developed by Sun Microsystems, which was later acquired by the Oracle Corporation, that provides a system for developing application software and deploying it in a cross-platform computing environment. There is an official Oracle website which has a great introduction to Java, this website explains what it is and teaches you the basics of how it works.

You can also learn Java on websites such as codecademy.com and learnjavaonline.org. Google along with udacity has now created a website where you can learn and earn a nano-degree in Java.

Read Blogs
Reading good blogs from authorized and well-known companies would be a good idea to learn Java. You can explore Java’s features, explore new things, tricks and techniques to learn it quickly.

Participate In Online Forums
By participating in forums, you can ask questions to the experts about the difficulties you are facing in programming. You can also learn from somebody else’s mistakes. When you start learning about mistakes others are making, it just opens up your mind in various directions and improves your problem-solving ability.

Job Opportunities
Career in Java generally has 4 different categories, they are -

The basic skills required for each of these fields remain the same, within each field developers specialize in a particular area of interest that eventually becomes their area of expertise.

Educational Qualification
A bachelor's degree in computer science or a related field is required to land a job in this field. Certified courses are also available for Java programmers, there are no specific educational requirements to test for Java certification. However, having enough understanding of the language and its applications is important.

Skills
Skills required for Java programmers are solid analytical, problem-solving and time management skills, familiarity with programs such as Javascript and Java Parser.

The ability to use compiler software and database software and familiarity with computer equipment, such as mainframe computers and serial port cards is a must.

Salary
The average pay for a Java Software Developer / Programmer is Rs 430,662 per year. Experience strongly influences income for this job. Skills that are associated for landing a high-paying job are J2EE and Spring. Most people move on to other jobs if they have more than 10 years' experience in this field.
Source: PayScale (India)