Hi! You seem to be new here.
Tell us a few more things to get you started.

OR
Login with OTP
Verify
Welcome back,
You previously usedto login
Continue with Facebook

Did not receive the link?Resend Link 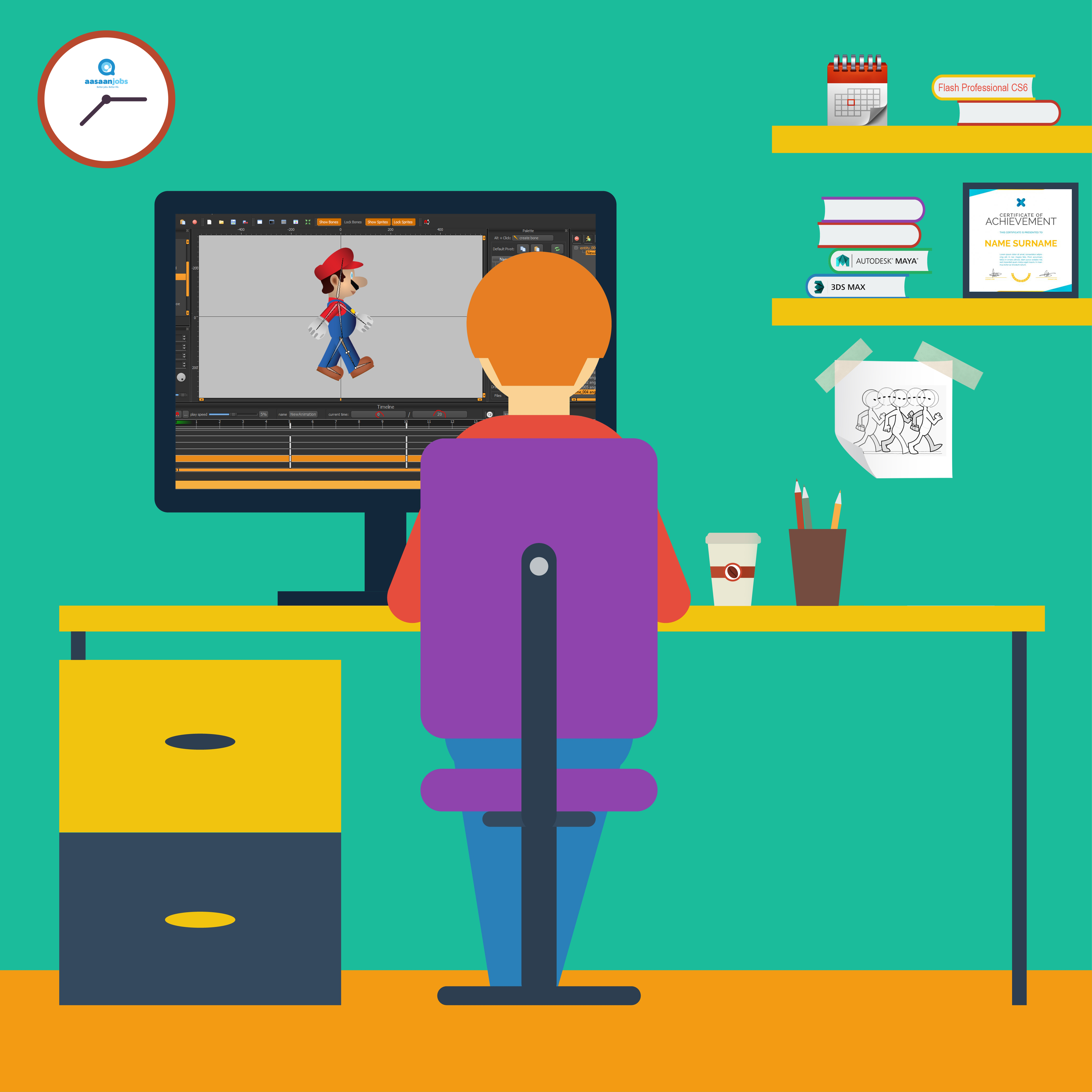 Animation artists are the coolest people on earth, don’t you think so? Movies like The Incredibles, Finding Nemo, Cars, Despicable any much more, are perfect examples of animated movies which can inspire you. The animation will be an excellent career choice for all the creative folks out there. Here, you will get every information to land a job and to become a successful animator.

Most popular software applications that enable you to create animations are Maya, Aurora 3D Animation Maker, Blender, Anime Studio, Autodesk Softimage, and Autodesk 3ds Max. If you have a creative mind then these software's would help you to come out with your own animated creations.

You can work as an animator with organizations, production houses or you can even become a freelance animator by taking projects. To land a job as an animator, you need to fulfill the required educational criteria set by the company.

To land a job in a reputed company you need to have a Bachelor’s Degree in the field of Animation, Computer Graphics, Fine Art or any other related field. A diploma in animation and course completion certificate can also help you to land a job in this creative industry.

Industries For Animators To Work

Following are the famous industries for animators, have a look!

According to Payscale.com, the average salary for an Animator is Rs 354,020 per year. Experience strongly influences salary for this job. Most people with this job move on to other positions after 10 years in this field.

To be a successful animator you need to have the following skills, if not then you can develop them in you. Here we go -

Accuracy and Attention to detail

The Ability to Take Decisions

The Ability to Work Under Pressure and Meet Deadlines

Now that you know what skills you need, let’s see what designations you are likely to get in this animation field.

An art director is the one who reviews artist’s materials, select photographs and manages the layout and production of material to be produced. In some companies, art directors help make budgeting decisions as well as hire and train creative staff.

The task of a character designer is to create the look and feel of animated characters. In this job, you will work mainly in video games, animation, and illustration.

A Digital Painter will be responsible for painting photo environments, elements and textures for matching into live action plates or could stand as their own matte painting plates. The term 'digital' is used to distinguish a DMP from a traditional matte painter, although this is unnecessary, as the nature of a matte painter's work remains the same, regardless of the tools and techniques used.

Effects animators create effects based on concept art and design from art departments. Here, you have to collaborate with other departments on the best approach to improving throughput.

Cartoonists work mainly for newspapers, magazines, and other print publications. However, now they work in the television and film industry as well. TV and film cartoonist draw animated cartoons, prepare model drawings and sketches of characters, and draw special effects for animation projects.

An animated filmmaker is a director in charge of all aspects of the animation process during the production of an animated film or an animated segment for a live-action film. This career includes a bit of everything, here you need to be good in directing the storyboard, character design, background animation, and other aspects of animation.

Key animator is none other than a senior animator. After working for at least three years some animators may advance to a key animator.

I am sure now you have got a better understanding of animation and how to build a career in this field.